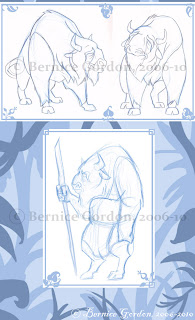 I have a very good, talented and devoted helper this time in my endeavors… and she will be helping in the production process of the film. So let’s hope in 2 months time, we will have polished final!
Posted by Bernice Gordon at 10:56 PM