Pretty Smart for a Hyena 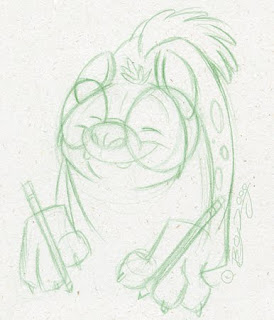 The other day, me and and friend of mine were bringing up bad animal stereotypes believed to be true way back in the day.
I WANTED to say that "Hyena's were thought to be Hermaphrodites"... but somewhere along the trail of thought, "Hermaphrodite" became "Androgynous" became "Ambidextrous".
And so I said: "People used to think Hyenas were ambidextrous!"
Pretty smart for fellas who don't even have any thumbs.
Posted by Bernice Gordon at 9:32 PM